Our physicians realize that your diagnosis of prostate cancer is very traumatic and has raised many concerns and questions. During your initial consultation your physician is committed to taking the time to explain treatment options and answer all of your questions. 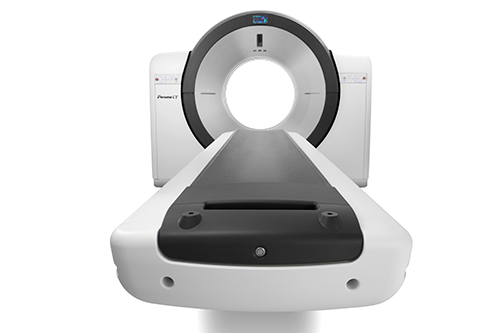 UroPartners is now offering a new tool that is proven to improve precision and accuracy for radiation diagnoses and treatment plans. An article from Imaging Technology News, "Advanced CT Systems Helps Leading Urology Practice Standardize Prostate Cancer Treatment Planning" highlights how the Persona CT provides both comfort and clinical benefits to the patient. The benefits of the Persona CT, contribute to our clinicians' success in treatment planning.
To learn more about UroPartners' use of Persona CT click here: 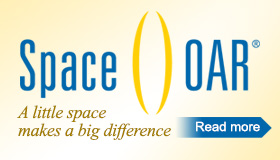 UroPartners is now offering a new tool that is proven to protect prostate cancer patients from the negative effects of radiation therapy.

At the Uropartners Prostate Centers, we are focused and dedicated to your well-being and overall health.  By combining extensive experience and training with the latest technology, we strive to provide you with the personalized and compassionate care you deserve while following nationally recognized best practices.

Starting with your initial consultation and throughout your treatment we partner with you every step of the way.  Because technology is constantly improving, we believe it is our duty to continually educate and implement methods and techniques that provide our patients with the highest and quality of care.  Our team of board-certified urologists and radiation oncologist work seamlessly to personalize your care and treatment plan.

We offer a support group for all current, future, and past patients.

*In light of the COVID pandemic, support group meetings will be postponed until further notice*

When:
In light of the COVID pandemic, support group meetings will be postponed until further notice.
Where:
Kohls Children's Museum
2100 Patriot Blvd
Glenview, IL 60026
(Half a mile south of our Glenview Prostate Center)
Contact:
Call: (224) 260-3100 or Email: supportgroup@uropartners.com

This meeting will be an open forum hosted by Dr. Par Mehta to discuss your experiences and answer any questions you may have. 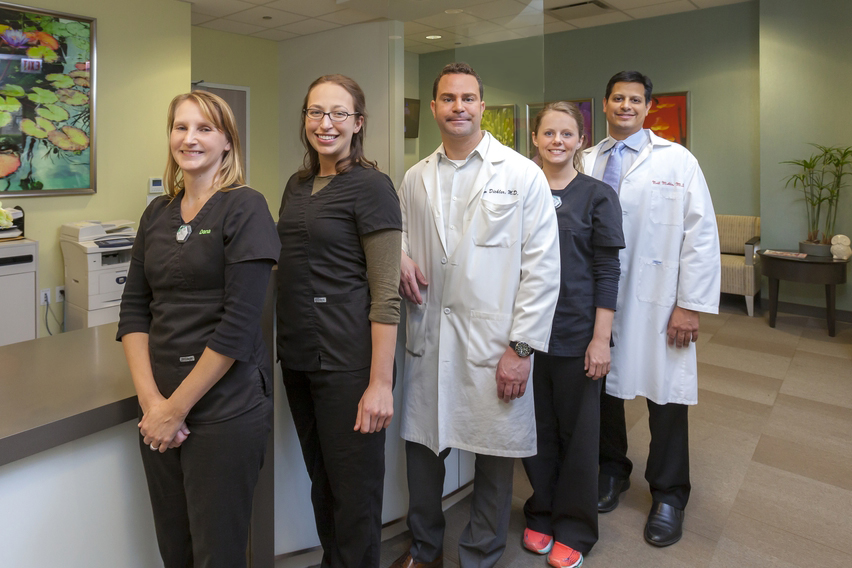 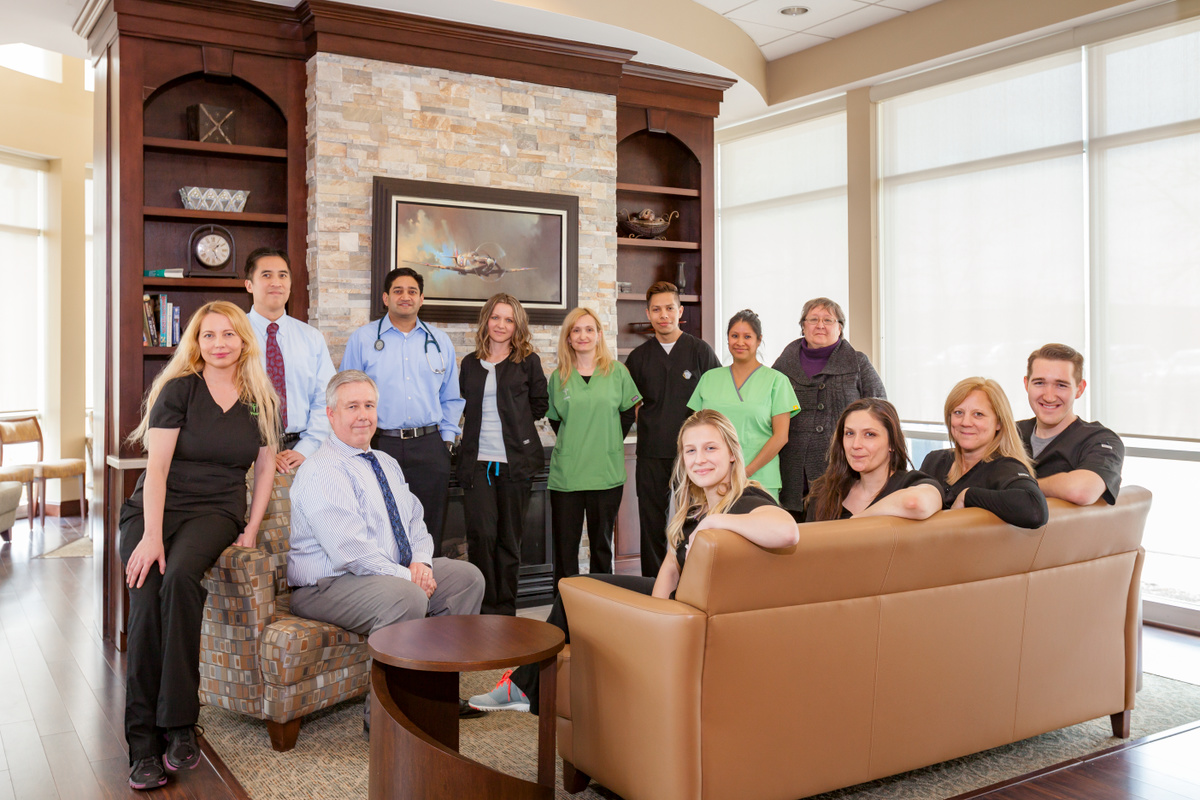 "Dr. Mehta was easy to talk to and was extremely clear about my options and made my decision an easy one. He is very courteous, professional, and extremely helpful." (Nov-2022)

"[The] most educational and comfortable experience I've ever had with a doctor. Dr. Mehta listened and answered every question with easy-to-understand answers to help me make a decision on the best choice for me. My wife agreed, Dr. Mehta is an exceptional doctor." (Nov-2022)

"There is not one incompetent team member! This is the way medicine should be. I am so lucky to have found Dr. Mehta and this team!" (Nov-2022)

Par Mehta, M.D. is a Board Certified Radiation Oncologist specializing in the treatment of prostate cancer.  He possesses expertise and advanced training in intensity-modulated radiation therapy (IMRT), image-guided radiation therapy (IGRT), and prostate brachytherapy.  Additionally, he is an expert in utilizing The Calypso® 4D Localization System (GPS for the body).

After earning his bachelor’s degree in engineering from the University of Michigan. Dr. Mehta entered the Medical Scholars Program at the University of Illinois where he completed an M.D as well as an M.B.A degree.  He completed his residency in radiation oncology at Rush University Medical Center and entered into a brachytherapy fellowship program at Beth Israel Medical Center in New York City.  During this time he completed research which has been published in several clinical journals.

Dr. Mehta is not only committed to providing his patients with the highest quality cutting edge treatment options, he also ensures they are thoroughly informed about their treatment choices. 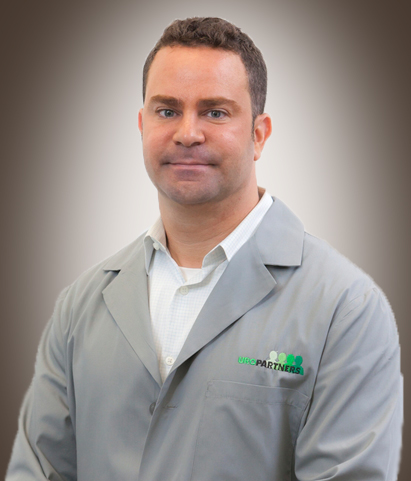 Dr. Neil Mehta’s goal is to provide patients with state-of-the-art, compassionate care that is tailored to their individual needs.  He is a board certified radiation oncologist since 2003 when he completed his residency at the University of Chicago.  Upon completion of residency he worked at the University of Chicago as an assistant professor, where he was involved in many research activities including directing protocols, authoring publications, and presenting data.

Dr. Mehta currently practices out of several clinics and hospitals including Uropartners Chicago Cancer Treatment Clinic on Michigan Avenue, where he specializes in the management of prostate cancer.   He continues to have a teaching role at the University of Chicago as a clinical associate in the department of radiation oncology.

Prior to residency, he completed his medical school and internship at Rush Medical College, where he was inducted into the Alpha Omega Alpha Honor Society.   He received his Bachelor of Arts degree at Williams College, where he graduated with highest honors with majors in Chemistry and Biology. 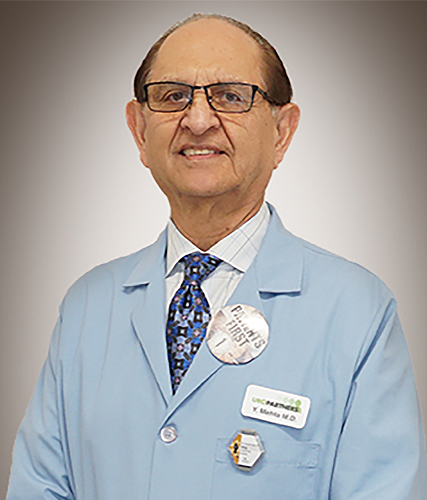 I am board certified in radiology and radiation oncology. I specialize not only in treating prostate cancer, but also other cancers like breast cancer, lung cancer, and head & neck cancers.

I have taken special training in brachytherapy in Seattle for prostate cancer and for head & neck cancers. I specialize in IMRT, IGRT, and stereotactic radiation.

We also opened a gamma knife center in Gurnee in collaboration with our neurosurgeon, Dr. Tomas Helenoski.

In my spare time I enjoy golfing, traveling with my wife, and reading. 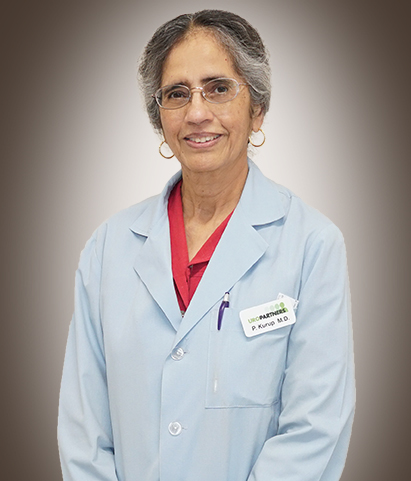 Dr. Parvarthy Kurup is board-certified in therapeutic radiology and a fellow of the American College of Radiation Oncology. She is also a member of the American College of Radiation Oncology and the American Society of Therapeutic Radiology and Oncology. She received her medical degree and completed an internship at Madras University, JIPMER Hospital in Pondicherry, India. Dr. Kurup completed her residency in therapeutic radiology at Rush Presbyterian St. Luke's Medical Center in Chicago, IL. She then worked at Neutron Therapy Center at Fermi Lab in Bavaria, IL for three years as a radiation oncologist and researcher. During that period she was a tutor at Rush Medical Center. Dr. Kurup has treated cancer patients with external beam, intracavitary, interstitial and stereotactic radiation in the past. More than anything, Dr. Kurup goes out of her way to reduce the fear and anxiety that comes with cancer through education and care.

Following your consultation the radiation oncologist will work with the rest of the team to design your personalized treatment plan. To ensure accurate targeting of disease:

-You will undergo a treatment planning CT scan

-Your team will collaborate to identify the specific treatment area, sparing healthy tissue

Our Prostate Centers of Excellence offer innovative modalities and technologies in order to ensure the best treatment outcomes possible.  We are committed to doing everything we can during your battle with prostate cancer.

We offer a support group for all current, future, and past patients

*In light of the COVID pandemic, support group meetings will be postponed until further notice* 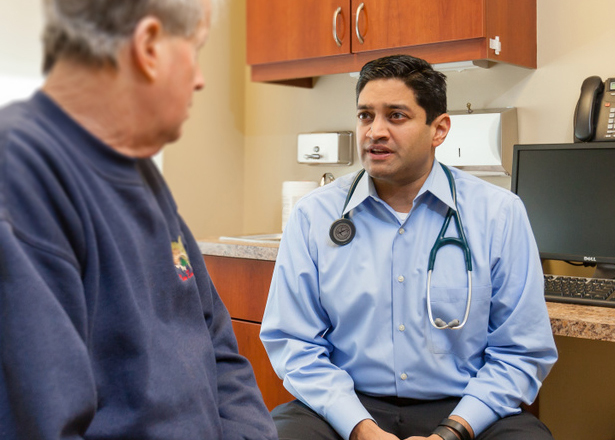 When:
In light of the COVID pandemic, support group meetings will be postponed until further notice.

This meeting will be an open forum hosted by Dr. Par Mehta to discuss your experiences and answer any questions you may have.