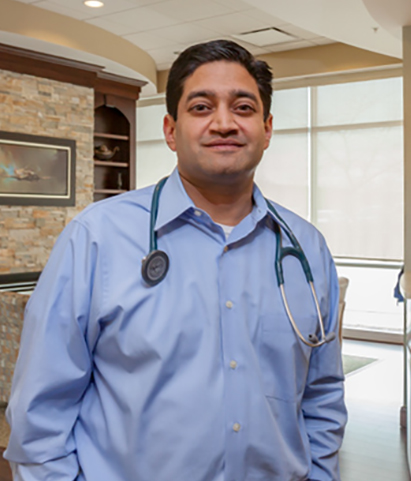 Par Mehta, M.D. is a Board Certified Radiation Oncologist specializing in the treatment of prostate cancer.  He possesses the expertise and advanced training in intensity-modulated radiation therapy (IMRT), image-guided radiation therapy (IGRT), and prostate brachytherapy.  Additionally, he is an expert in utilizing The Calypso® 4D Localization System (GPS for the body).

After earning his bachelor’s degree in engineering from the University of Michigan, Dr. Mehta entered the Medical Scholars Program at the University of Illinois where he completed an M.D as well as an M.B.A degree.  He completed his residency in radiation oncology at Rush University Medical Center and entered into a brachytherapy fellowship program at Beth Israel Medical Center in New York City. During this time, he completed research that has been published in several clinical journals.

Dr. Mehta is not only committed to providing his patients with the highest quality cutting edge treatment options, but he also ensures they are thoroughly informed about their treatment choices.

He also speaks multiple languages, including Spanish and Gujarati.