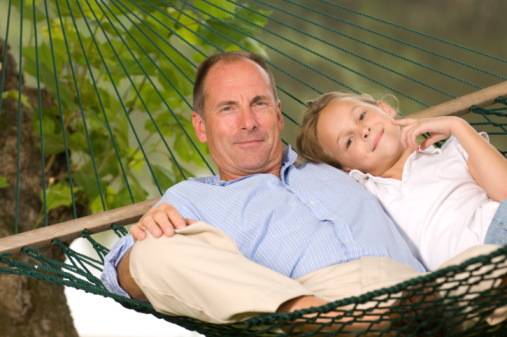 There are many reasons to reverse a vasectomy like remarriage following a divorce or having a change of heart or starting a family over after the loss of a wife or child. Regardless of your reason, there are now advanced methods to restore your fertility. How do you know the options that are right for you? By arming yourself with the latest

information, you can make informed decisions with your doctor.

What is a vasectomy reversal?

A vasectomy is a minor surgical procedure in which the sperm duct, or vas defterens, is cut in order to achieve sterility. Vasectomy reversal restores fertility by reconnecting the ends of the severed vas deferens, which is located in each side of the scrotum, or by connecting the vas deferens to the epididymis, the small organ on the back of the testis where sperm matures. These procedures can be accomplished through various approaches, including microsurgery, to restorerestoring the passage for sperm to be ejaculated out the urethra are usually accomplished with microsurgical technique.

What are the different types of vasectomy reversals?

Reversals are generally performed in an outpatient area of a hospital or in an ambulatory surgery center. The operation is usually performed with general anesthesia if the surgical microscope is used, as any movement is magnified under the microscope. The choice will depend on the preference of the surgeon, patient and anesthesiologist.

Once the patient is anesthetized, the urologist will make a small opening (cut) on each side of the scrotum and first remove the scarred ends of the vas at the point of blockage created by the vasectomy. The urologist will then extract a fluid sample from the end closest to the testicle to see if the fluid contains sperm.

The presence of sperm in the fluid is an indication that there is no obstruction between the testicle and the location in the vas from which the fluid was obtained, and particularly that there is no blockage in the epididymis. When sperm are present in the fluid, the ends of the vas can be connected to reestablish the passageway for sperm. The medical term for reconnecting the ends of the vas is vasovasostomy.

The microsurgical approach is recommended and uses a high-powered microscope to magnify structures from five to 40 times their actual size. Use of an operating microscope provides better results, as it allows the urologist to manipulate stitches smaller in diameter than an eyelash to join the ends of the vas. When microsurgery is used, vasovasostomy results in return of sperm to the semen in 75 percent to 99 percent of patients and pregnancy in 30 percent to 75 percent of female partners, depending upon the length of time from the vasectomy until the reversal.

If the urologist does not find sperm in the fluid sample, it may be because the original vasectomy resulted in back pressure that caused a break in the epididymal tubule. Because any break in this single, continuous tube can result in a blockage, the urologist will have to employ a more complicated reversal technique called an epididymovasostomy or vasoepididymostomy. In this procedure, the urologist must bypass the blockage in the epididymis by connecting the "upper" (abdominal) end of the vas to the epididymis above the point of the blockage. 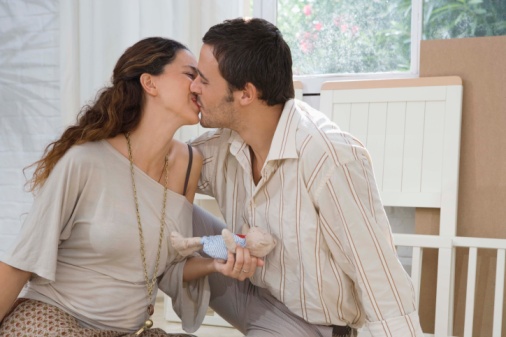 What can be expected after a vasectomy reversal?

Recovery from a vasectomy reversal should be relatively swift and fairly comfortable. Any pain that might be experienced after surgery can be controlled with oral medications. About 50 percent of men experience discomfort that is similar to the level they had after the original vasectomy. Another quarter report less pain than accompanied the vasectomy. A final 25 percent say the pain is somewhat greater than after the vasectormy. The reassuring news is that any pain severe enough to require medication rarely lasts longer than a few days to a week.

It takes on average one year to achieve a pregnancy after a vasectomy reversal. Some pregnancies occur in the first few months after the reversal procedure, while others do not occur until several years later.Most patients are back to normal routine and light work within a week. Urologists usually want their patients to refrain from heavy physical activity for about 10-21 daysfour weeks. If your job requires strenuous work, you should discuss with your surgeon the earliest time you can return to work. You will be advised to wear a jockstrap for support for several weeks. You will likelyalso be restricted from having sex for approximately 10-21 dayst least two weeks.

One of the main factors influencing pregnancy rates is the obstructive interval, which is the duration of time between your original vasectomy and the reversal. As the table below shows, rates of both the return of sperm to semen and subsequent pregnancy are highest when the reversal is performed relatively shortly after the vasectomy.

The urologist will request a semen analysis every two to three months after surgery until your sperm count either stabilizes or pregnancy occurs. Unless a pregnancy occurs, a sperm count is the only way to determine surgical success. While sperm generally appear in the semen within a few months after a vasovasostomy, it may take from three to 15 months to appear after a vasoepididymostomy.

In either case, if the reversal works, the patient should remain fertile for many years. The possibility of subsequent pregnancies is an important advantage of this procedure over sperm retrieval techniques for in vitro fertilization (see frequently asked questions). Only approximately 5 percent of patients who have sperm appear in the semen after a vasectomy reversal later develop scarring in the reconnected area, which could block the passage of sperm again. 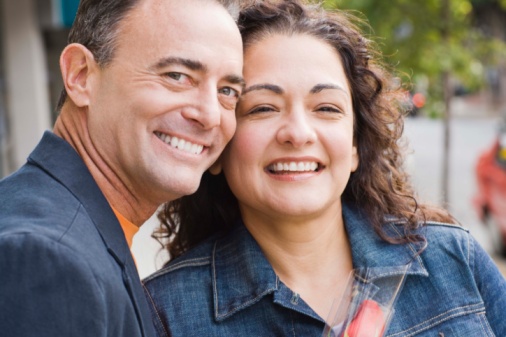 Urologists are the surgical specialists who most frequently perform vasectomy reversals. Since not everyone focuses on this procedure, make sure to ask your urologist how many he or she has done â€” and to what level of success. Also, if your urologist recommends a microsurgical approach, you have the right to ask about his or her experience and success rates with this technique especially since this is a technique that requires additional training.

Can all vasectomies be reversed?

Should I have a vasovasostomy or a vasoepididymostomy?

Is age a factor in conceiving after a vasectomy reversal?

Your age should not influence the result of your vasectomy reversal. Most men continue to produce sperm from their testicles for many years after their partners have entered menopause and are no longer ovulating, or producing eggs. In fact, a woman's fertility starts declining in her mid-30s, with significant impairment beginning around age 37.

If female age is a factor, your partner should check with her gynecologist to see if she is still ovulating before you agree to a reversal. Abnormal results from a simple blood test to measure hormone levels on the third day of menstruation indicate a significantly lowered chance of fertility. However, women should not be deceived by a normal reading because it does not always guarantee that a woman will be able to get pregnant.

Are there alternatives to vasectomy reversal?

Yes. Your doctor can obtain sperm from the testicle or epididymis by either a needle aspiration or surgery. But the sperm are not useful for simple, inexpensive office artificial inseminations. Instead, the sperm that are obtained by such methods require the more complex, expensive ($10,000 to $15,000) in vitro fertilization (IVF) techniques using intracytoplasmic sperm injection (ICSI).

Most centers report a 30 percent to 50 percent pregnancy rate each time IVF with ICSI is performed if the female partner is younger than 37, but much lower rates if she is older. Since studies consistently show that vasectomy reversals are more cost-effective in achieving pregnancy than sperm retrieval and IVF with ICSI, your better option is with the reversal. However, insurance coverage for one procedure and not another, may influence a couples decision on how to proceed. Factors that may affect the decision to proceed with vasectomy reversal or sperm retrieval with ICSI include cost, years since vasectomy (and possible need for epididymovasostomy) and age of the female partner.

If a vasectomy reversal fails, should I consider a repeat reversal?

The success rates for repeat reversals are generally similar to first reversals in the hands of experienced microsurgeons. In making a recommendation, your urologist will review the record of your previous procedure. If sperm were present in fluid obtained from the lower end of the vas during that operation, he or she will probably perform a repeat vasovasostomy, a less complicated procedure than a vasoepididymostomy, but more likely to produce success.

How expensive is a vasectomy reversal?

Costs vary widely, ranging between about $5,000 and $15,000 for surgical fees, not including anesthesia and surgical center fees. Most insurance companies do not pay for this procedure. Therefore, you should discuss the finances of your operation early to see if your insurance company might be the exception to the rule.

Will a vasectomy reversal relieve pain in the testicle that developed after my vasectomy?